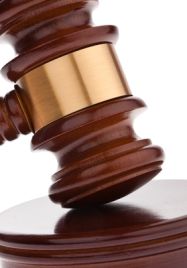 The Administrative Appeals Tribunal (AAT) has released another decision which shows that it does not pay to participate in superannuation early access schemes.

The decision of Vuong and Commissioner of Taxation [2014] AATA 402 (23 June 2014) following the ATO disallowed two objections by the taxpayer in relation to an early access scheme they participated in, including a significant ‘fee’ paid to the promoter.

Summary of the facts:

Section 6.1 of the ITAA 1997 includes in Assessable Income amounts that are not Ordinary Income, called Statutory Income. Section 304.10, also of the ITAA 97, includes in Assessable Income the amount of a Superannuation Benefit if, among other things, the taxpayer receives a benefit from a complying superannuation fund where the benefit was received “otherwise than in accordance with payment standards prescribed under subsection 31(1) of the Superannuation Industry (Supervision) Act 1993″ unless the Commissioner “satisfied that it is unreasonable that it be included”. Section 307.15(2) of the ITAA 97 also provides that:

“A payment is treated as being made to you, or received by you, if it is made:

(b)  to another person or to an entity at your direction or request.”

In this case the AAT found that these conditions the superannuation benefit accessed early should be included in the taxpayers Assessable Income, as Equipsuper is a complying fund, the payment was made to another person at the request of the taxpayer and that this did not meet the payment standards.

The fact that the taxpayer was ignorant of the law did not change the decision of the tribunal, with the ATO pointing to indications it was always the taxpayers intention to access his superannuation earlier than allowed.

As it was the payment form the complying fund into the fraudulent fund which triggered the tax liability, instead of the transfer from the fraudulent fund to the taxpayer the AAT found that the full amount should be included in Assessable Income, as opposed to the net amount. The decision says this is consistent with previous decisions – Sinclair and Commissioner of Taxation [2012] AATA 634 and also Brazil and Commissioner of Taxation [2012] AATA 192.

The AAT therefore found that the amount of $114,697.23 should be included in the taxpayers Assessable Income.

It was upon the taxpayer to establish that the ‘fee’ had been a loss or outgoing incurred in the gaining or producing of assessable income. However, the AAT found it unsurprising that there was no written documentation supporting the amount paid for ‘services’ or how the $ 33,262 was calculated. In all the AAT was “not satisfied that the amount of $33,162 allegedly retained by Phuong [the scheme promoter] should be considered deductible“.

The Taxation Administration Act 1953 imposes an administrative penalty, according to the AAT, “if a statement is made which is false or misleading in a material particular, whether because of things in it or things omitted from it“. In this case the penalty is 25%, for failing to take reasonable care to comply with the Income Tax Assessment Act 1997. The AAT considered that a ‘reasonable person’ “should have done more in order to ensure compliance with his taxation obligations“. The AAT therefore thought that the imposition of the 25% penalty was appropriate, but also considered that the penalty should then be remitted, as the taxpayer had

“suffered greatly and disproportionately in the circumstances where he is culpable only of pronounced naivety, unaccompanied by duplicitous intentions“.

In this case the early accessed super benefit was taxed at marginal rates, however there have been proposals and legislation submitted to parliament to change this to the top marginal rate. Though at this stage it is unclear if this will proceed.

The ATO document Illegal super schemes – beware of offers to withdraw your super early provides more general information about the consequences of early access to superannuation.