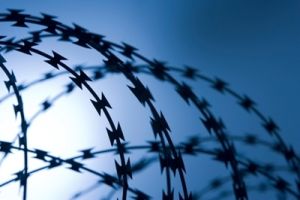 According to ATO ruling TR 2013/5 Income tax: when a superannuation income stream commences and ceases:

The ruling says that, if the minimum pension payment requirements weren’t met, the pension would be deemed to have ceased at the beginning of that financial year, and any payments would instead be lump sums.  Lump sums may result in more tax for the pension recipient compared to an income stream. Additionally lump sums may result in breaches of the payment rules – for instance a member receiving a transition to retirement income stream would be unlikely to be allowed to receive lump sums.

A pension ceasing at the start of the financial year would also mean the SMSF would not be able to claim as much, or any, Exempt Current Pension Income (ECPI).

When will the ATO Commissioner disregard missing the minimum pension payment amounts?

There are situations where the ATO Commissioner will allow the SMSF to continue to claim ECPI where the minimum pension payment requirements have not been met.

The ATO says that the Commissioner may allow an SMSF that has missed the minimum pension payments to continue claiming ECPI, provided a number of conditions are met. These conditions, in summary, are:

The ATO says that if the underpayment is not small, or the trustees have previously applied the exemption, the SMSF trustee will need to write to the ATO to apply for the exemption. Details to include in the letter can be found on the ATO website.

If the exemption applies the pension would not be deemed to have ceased at the beginning of the financial year, the SMSF could continue to claim ECPI and the payments would be treated as pension payments.

Note that “the Commissioner considers a small underpayment to be one that does not exceed one-twelfth of the minimum pension payment in the relevant income year.” This amount is not pro-rated for pensions commenced during the financial year. The ATO deems ‘as soon as practicable’ to be “within 28 days.”

In a speech Matt Bambrick, ATO Assistant Commissioner, said the following were examples of “matters outside of the control of the trustee that have resulted in the Commissioner granting the exception” from the minimum pension payment requirements: