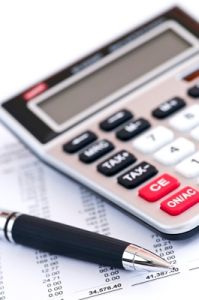 Research by the Association of Superannuation Funds of Australia (ASFA) says compulsory superannuation has wider economic benefits beyond providing for retirement.

ASFA says the research, contained in the Superannuation and the economy report, shows compulsory superannuation has “substantially diversified the assets Australians hold, reducing risk and increasing returns for people.”

“The research also shows that superannuation is reducing the cost of the Age Pension on the Budget, has increased savings and reduced the cost of investment, which have all contributed to economic stability and growth,” said ASFA.

“While considerable research on the impact of superannuation on the economy has been undertaken in the past, much of it has focused on particular aspects of superannuation or the economy. This report brings that research together into one holistic document within a rigorous economic theory framework,” said ASFA CEO, Ms Pauline Vamos.

“An important advantage of the superannuation system is that it has facilitated a broadening of the range of assets held by households,” says the report.

According to the report in 1990 “most households kept the majority of wealth in real estate, particularly the family home, with 10 per cent of wealth held in bank accounts.” But by 2010 the range of assets held had broadened, reducing exposure to Australian residential property and “giving many households exposure to equity and bond markets for the first time as well as infrastructure and commercial property, and geographic diversification through exposure to overseas assets.”

Superannuation savings can also be invested in ‘lumpy assets’ and over longer time horizons, supporting “critical parts of the economy that may not be available through other means, including infrastructure, private equity, and commercial and industrial property.”

The above average saving rate of Australia compared to other OECD countries is also partly due to superannuation, with estimates super contributes an additional 1.5% to 2% of GDP to the savings rate.

Ms Vamos says the wider, positive effects of compulsory superannuation for individuals and the economy need to be considered in the Tax White Paper process.