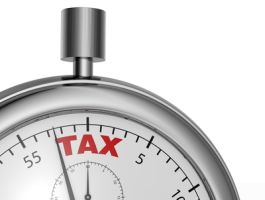 The Treasurer told the SMSF Association conference: “I should be upfront and say that today is not the Budget, yesterday was not the Budget and for those media in the room the Budget is still in May, it hasn’t changed, it is always in May. But we are getting now very, very close to the landing point on some decisions on superannuation…”

The Prime Minister has said that policies that would have been part of the Tax White Paper process will now be announced in the upcoming Federal Budget, if not before.

The Government appears to want to avoid any changes to the superannuation rules in retirement while changing the super contribution tax concessions, whereas the Labor Party is targeting pension-phase income inside super funds in addition to contributions by high income earners.

“One of our key drivers when contemplating potential superannuation reforms is stability and certainty, especially in the retirement phase,” said Mr Morrison in his speech.

“That is good for people who are looking 30 years down the track and saying is superannuation a good idea for me? If they are going to change the rules at the other end when you are going to be living off it then it is understandable that they might get spooked out of that as an appropriate channel for their investment.”

“That is why I fear that the approach of taxing in that retirement phase penalises Australians who have put money into superannuation under the current rules – under the deal that they thought was there. It may not be technical retrospectivity but it certainly feels that way.”

“But right now it’s clear that we are going to have to make some hard decisions when it comes to how we are going to address the targeting of these tax concessions going forward.”

“The Government, however, understands that when you get into the retirement phase, that is, when you actually need to draw down on that income, that period is a very sensitive area for how people look at the stability of superannuation.”

“I think there is a strong case for examining the size and structure of the tax concessions and the treatment so that Australians can be confident that they are sustainable, well targeted and fair. And as I said, we are getting close but will continue to work with SMSF and the other organisation to bring this to a landing soon.”

Though the Treasurer is clear in not wanting to change super for people in retirement, this does not extend to using superannuation for estate planning.

“This is a very important point. It’s not there to be a tax incentivised estate planning vehicle,” Mr Morrison said, referring to superannuation.