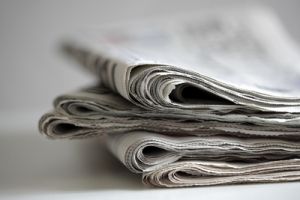 After almost a year of work the Financial System Inquiry final report has been released publicly and recommends that SMSF borrowing be banned, among 44 recommendations.

Treasurer Joe Hockey said the final report “delivers on our election commitment and lays out a blueprint for the financial system over the next decade.”

Taxation recommendations in the final report will be “referred to the Tax White Paper for consideration.” Recommendations relating to bank capital and payment systems will be considered by APRA and the RBA.

“The Government intends to consult with industry and consumers before making any decisions on the recommendations,” said Joe Hockey. This consultation period will be open until the 31st of March 2015, more details are available on the Treasury website. The Government will respond to the final report in 2015.

David Murray is scheduled to speak to the Committee for Economic Development of Australia (CEDA) about the Financial System Inquiry final report on Monday.

The Financial System Inquiry follows from earlier reports which reshaped the Australian financial system, the Campbell Inquiry of 1981 resulted in the floating of the Australian dollar and deregulation and the Wallis Inquiry of 1997 led to the current forms of APRA and ASIC.

Examining how the financial system could be positioned to best meet Australia’s evolving needs and support Australia’s economic growth.

The Financial System Inquiry conducted an extensive consultation process, receiving over 280 submissions in the first round prior to the release of the interim report. More than 6,500 submissions were received in the second round, largely due to a campaign against credit card surcharges. The Financial System Inquiry also ran several public forums.

The final report is available on the Financial System Inquiry website.