FSC wants FSI borrowing ban to only apply to SMSFs 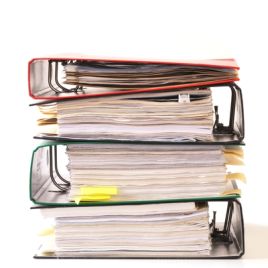 The Financial Service Council (FSC) says that, though SMSFs should be banned from direct borrowings, large super funds should retain the right to borrow through unit trust structures, in a submission in response to the final report of the Financial System Inquiry (FSI).

The FSC, which represents large financial institutions including the owners of retail super funds, is “concerned” that the recommendation to restrict direct leverage by superannuation funds “could also be construed as applying to investments by APRA-regulated superannuation funds into unit trusts that either contain gearing or invest in corporate entities, such as ASX listed companies, that are geared.”

“The FSC opposes a prohibition on gearing that would effect investments in unit trusts that contain gearing or investments in geared corporate entities,” says the submission.

“Such a prohibition would be inconsistent with the policy intent of the recommendation as it is not the superannuation trustee that arranges the loan, or is liable for the loan, but the trustee of the unit trust.”

The FSC says that super funds should continue to be allowed to invest in such structures, given the prudential oversight of APRA and disclosure of the investments in Product Disclosure Statements (PDS)

“The FSC recommends that borrowing within APRA regulated superannuation funds not be affected by this review and that the FSI recommendation be solely confined to SMSFs, as was intended by the FSI final report.”

However the FSI recommendation did not exclusively apply to SMSFs, as it said “remove the exception to the general prohibition on direct borrowing for limited recourse borrowing arrangements by superannuation funds.”

The final FSI report also recommended a review of efficiency and competition in the superannuation system following the introduction of MySuper, by 2020, with the possibly of recommending a competitive tender to determine default super funds.

The FSC is “not opposed” to a review, but does think conducting it by 2020 is “premature.” Instead the FSC says that “extracting the greatest benefits from MySuper, however, can only be fully achieved if all MySuper products are able to compete for default superannuation contributions.”

The FSC submission also supports the recommendation to seek bi-partisan agreement on objectives of superannuation to be included in legislation. The FSC says the Intergenerational Report should be the “evidentiary basis for the measurement of the effectiveness of the superannuation system and examination of proposed reforms to the system.”

The FSC is supportive of the other superannuation FSI recommendations, including extending super choice to all employees, a majority of independent directors for public-offer funds and the pre-selection of an income product for retirees.