Labor position on 2016 Budget super changes a “cause for concern” 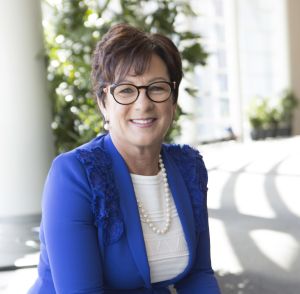 The SMSF Association says that Labor’s opposition to superannuation changes in the 2016 Budget which will increase flexibility and reduce complexity and red tape is concerning.

Labor has announced that it will oppose removing the ‘work test’, the ‘10% rule’ and allowing the introduction of ‘catch-up’ concessional contributions.

“The SMSF Association believes the Labor Party’s suggested policy to oppose these Budget measures is a shift in the wrong direction for our superannuation system,” said Association CEO Andrea Slattery.

“We have argued strongly for the carry forward of unused concessional contribution cap space as an important policy move to allow people with broken work patterns and volatile incomes, such as women and small businesses, to make catch-up contributions to boost their retirement savings.”

“These three measures announced in the 2016 Budget that Labor now opposes are welcome reforms to the superannuation system, reducing red tape and complexity and increasing the flexibility of the system for people making contributions to build their savings for their retirement.”

However Slattery said that the proposal to lower the Division 293 threshold to $200,000 to more than offset the cost of making the lifetime non-concessional contribution cap count contributions from Budget night instead of July 2007 “deserves further consideration”.

But lowering the concessional contribution cap to $25,000 remains the Association’s “biggest concern”.

“This policy measure, above all else, will have an enormous impact on people, especially those aged 50 and over, who want to be self-sufficient in retirement.”

The Association of Superannuation Funds of Australia (ASFA) said it would “take time to assess and fully understand the impacts of the proposed measures on fund members and the system.”

“It is vital that any package is considered in terms of the long-term sustainability of the system, adequacy of retirement incomes for all Australians and the equity of tax concessions provided,” said interim ASFA CEO, Jim Minto.

“Equally, we must not lose sight of the fact that members must be easily able to understand the nature of the changes and the changes must be administratively viable, so as not to impose greater costs on fund members.

He does note that ASFA has long called for measures which address adequacy, particularly by allowing people to make ‘catch-up’ super contributions.

“There are many people who fall behind in accumulating the super balances necessary to provide a comfortable income in retirement, including women who spend time out of the workforce raising children or those caring for elderly parents as well as many other reasons for broken work patterns,” Mr Minto said.

“It is important that we give everyone the chance to build an adequate nest egg with which to retire. The proposed reduction in concessional contribution caps by the Government and the Opposition would mean that some people would not be given a reasonable chance of doing that.”