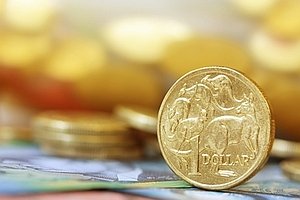 The Federal Government is reportedly considering allowing low income earners to ‘opt-out’ of the superannuation system.

Reports in the News Corp papers on Sunday indicate the Government may be considering allowing low income earners to opt-out of receiving Superannuation Guarantee contributions, with the expectation of receiving the money as wages instead.

Deputy Prime Minister Barnaby Joyce declined to comment when asked about the reports on Sky News.

“Labor is very disturbed and disappointed by reports this morning that the Turnbull Government is considering abandoning compulsory superannuation for some Australian workers,” said a joint statement by Shadow Treasurer Chris Bowen and Shadow Minister for Financial Services and Superannuation, Jim Chalmers.

“This would be an attack on the very foundations of superannuation by a Prime Minster who says he believes in super while he and his Minister undermine it.”

“Not content with having hacked away at the Low Income Super Contribution and freezing the Superannuation Guarantee, they come up with another harebrained idea.”

There have been reports that the Government is considering stopping any increases to the Superannuation Guarantee.

“After two-and-a-half years of missteps and mistakes, it is now long past time for the Government to lay out their plans for superannuation.”

“The Liberals have never genuinely believed in superannuation for people on modest incomes and here’s the proof.”

“They know they want to destroy super for working Australians, they just haven’t worked out how to do it yet.”

It is not uncommon for ideas to be floated in the press ahead of a Budget to gauge reactions.

Mr Chalmers said the Government “shouldn’t be hiding behind these unsourced stories and leaks about their attacks on working people and their retirement incomes. They should put their plans on the table so that the Australian people can compare them with Labor’s plans.”

“For almost a year now, Labor has had on the table a detailed plan for fairer superannuation. Australians have the right to expect the opportunity to compare Labor’s plans with whatever the Liberal Party is now proposing.”

Superannuation (proposal for ‘opt out’ of compulsory super)

Allowing low income earners to opt-out of Superannuation Guarantee is also being opposed by industry bodies, including the Financial Services Council:

Allowing low income workers to opt-out of super would defeat the purpose of the system. @LoaneSally@JoannaMatherhttps://t.co/juNH399ahh

“If we establish the long-term objectives for superannuation, of which universality would be one, then it would go a long way to prevent superannuation being seen as a Pandora’s Box for every idea that comes along.”

“Super builds a substantial nest egg for the vast majority of Australians through compound interest over decades of saving. This proposal would cost younger workers very dearly in the long run. The younger you start putting money into super, the more you retire with,” he said.

The Australian Institute of Superannuation Trustees (AIST) estimated that such a change would leave 2 million working Australians worse off in retirement.

AIST’s executive manager for policy, David Haynes, said it “would be a significant backward step in terms of the long-term fiscal sustainability of the nation’s retirement income system and the ability of future generations of taxpayers to fund the Age Pension.”

“The long term benefit of even small amounts of super – both for individuals and our nation’s economic health – shouldn’t be underestimated,” he said.

“A little bit of super goes along way, just ask any recent retiree.”

“It doesn’t matter if you are a full age pensioner, a part pensioner or a self-funded retiree, every extra dollar of super makes a difference.”