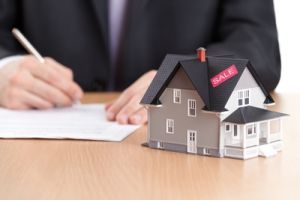 The Government’s decision not to ban SMSF borrowing, as recommended by the Financial System Inquiry, has been welcomed by professional bodies.

The Government recently detailed its response to the recommendations of the Financial System Inquiry (FSI). The final report of the FSI had recommended a ban on most forms of borrowing by superannuation funds, including SMSF Limited Recourse Borrowing Arrangements (LRBAs). The Government decided not to ban SMSF borrowings. Instead the area will be monitored by the ATO and the Council of Financial Regulators, who will report back to Government after three years.

This announcement has been welcomed by the SMSF Association, Chartered Accountants Australia and New Zealand (CAANZ) and the Institute of Public Accountants (IPA).

SMSF Association CEO Andrea Slattery said: “We fully support the Government’s position. It’s always been our firm conviction that LRBAs don’t pose any systematic risk to the financial system – and the Government agrees.”

“Although the Government’s response to the FSI says it does have some ‘anecdotal concerns’ with LRBAs, it does not consider there is sufficient data to justify any policy intervention.”

The SMSF Association also support a report to Government after three years, as this will allow time to improve data collection around LRBAs.

While CAANZ supports the decision not to ban SMSF borrowing, it doesn’t agree with the three-year timetable for reporting back to Government.

“We support the government in rejecting the proposal to ban direct borrowing in superannuation however remain concerned that a three year delay in reviewing these arrangements is too long,” said CAANZ.

“A review of borrowing was originally scheduled for 2012 and has not occurred. Significant issues remain with the legislative framework for borrowing and changes to this should not be delayed again.”

The IPA also welcomed the Government’s rejection of the recommendation to ban SMSF borrowing.

“The IPA has advocated that rather than a ban on LRBAs, there should be more targeted measures to address inappropriate use of gearing linked to poor quality advice,” said IPA CEO, Andrew Conway.

“The IPA believes that the issue is not SMSF borrowing per se, but inappropriate advice provided by unlicensed advisers,” he said.

“A sledgehammer approach was never going to be an appropriate way to eliminate the use of poor quality advice relating to SMSF related gearing.”