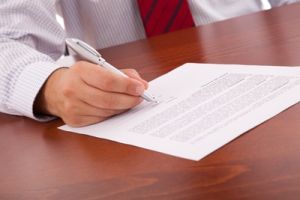 Proposed changes to the Standard Choice Form requirements has generally received support from business and the superannuation industry.

In April the Treasury released a draft bill for consultation, which would remove the requirement for an employer to provide a temporary resident employee with a Standard Choice Form.

Mercer Consulting does not support the measures, saying the ability of an employer to deny a request for a Standard Choice Form by a temporary visa holder was of “particular concern.”

Mercer says the measures will make it much more likely that employer contributions are not made to an employee’s existing superannuation fund, resulting in an “increase in multiple accounts, multiple fees etc and a higher likelihood of lost accounts.”

“The removal of the requirement to provide a Choice of Fund form will hence work against the Government’s intention to reduce the number of multiple accounts and reduce lost accounts.”

Mercer also questions if the change will reduce red tape for employers, noting that processes will need to be put in place to identify which employees hold the correct type of visa for the exemption. Another submission also raised concerns with the administrative issues of correctly identifying the type of visa held by an employee.

While supporting the measures the Small Business Commissioner wants broader reforms, saying “small business commonly raises concerns with our Office of being treated as a free administrator and collector in the operation of the superannuation system.”

AIST said a better way to tackle these issues would be through Single Touch Payroll.

A bill containing this measure is scheduled to be put before Parliament in the winter session. Treasury has released copies of the submissions received.