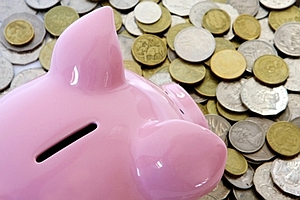 The Australian Institute of Superannuation Trustees (AIST) has recommended the Government continue to allow exemptions from super choice for some employment agreements.

“AIST supports the principle of choice in superannuation but argues this has to be provided in a way that does not leave consumers worse off, and operates in an environment of meaningful disclosure and consumer protections.” says an AIST submission.

In response to a recommendation in the final report of the Financial System Inquiry (FSI) the Government said choice of super fund would be expanded to more employees covered by enterprise agreements and workplace determinations. Draft legislation was released by Treasury in late 2015, to which AIST is responding.

“Neither the Government nor the FSI provided a compelling case in support of this recommendation, which is especially significant given it has been established (and submitted to the FSI by AIST) that the performance of superannuation funds nominated in industrial instruments is higher than that of the average performance super funds as a whole.”

“There is no evidence that the Government’s proposed extension of the Choice of Fund regime to enterprise agreements will improve outcomes for the affected. Rather, some Australian employees could be worse off as a result of the proposed changes losing benefits such as additional employer contributions, enhanced insurance arrangements and guaranteed retirement benefits.”

“In the event the Government decides to proceed with this legislation, AIST proposes that the existing exemption remain for enterprise agreements where superannuation benefits in excess of the community standard are negotiated between the employer and their employees.”

AIST lists these benefits as including additional employer contributions, more favourable insurance arrangements, the payment of fees by the employer, discounts on goods or services provided by third parties and “any other benefit is available to an employee in excess of ordinary superannuation benefits.”

AIST further argues that super choice has not resulted in a reduction in multiple super accounts or fees.

Assistant Treasurer Kelly O’Dwyer said, when releasing the draft legislation, that the changes would mean “that people with multiple jobs who may currently be forced to maintain more than one superannuation account will be able to consolidate their retirement savings to ensure their savings are not unnecessarily eroded by multiple sets of fees and insurance premiums.”

The consultation period on the exposure draft has closed, though the submissions have yet to be publicly released.