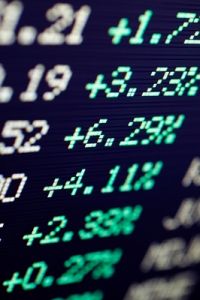 Superannuation funds were “hit by difficult investment conditions,” said SuperRatings (PDF), with the ‘median balanced fund’ falling by 0.4% in April.

“Despite the loss for Balanced funds, it was still a good result compared with the falls across most major asset classes in April,” said SuperRatings founder Jeff Bresnahan.

“The wide range of assets in a Balanced portfolio are doing exactly the job they are designed to do, spreading the risk and protecting members savings during challenging investment conditions,’’ he said.

“Losses across higher-risk options ranged up to 1.6 per cent during the month. Even the traditionally low risk fixed-interest markets fell during April because of a major sell off in international bond markets.”

“The median financial year to date return sits at a healthy 10.6 per cent. This time last year, the median return was 11.1 per cent and went on to produce a full year return of 12.7 per cent,” said SuperRatings.

“While market movements can create short-term losses, it is important for people to keep in mind the performance of their fund over the longer term.”

Also, as SuperRatings warns, “past performance is not a reliable indicator of future performance.”

Super funds were down in April, with the median growth fund (61 to 80% growth assets) losing 0.4% for the month. However, they remain well on track to deliver a sixth consecutive positive financial year, with the return over the ten months of the year to date standing at a very healthy 10.9%.