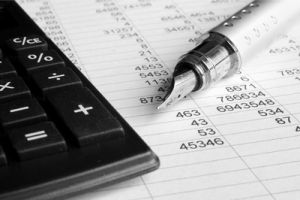 The gender gap in superannuation is not only an issue of lower balances but also of confidence, new research has indicated.

Joint research, released by the Commonwealth Bank and SMSF Association (SMSFA), found significant difference in the behaviours and confidence levels of men and women when it came to superannuation and SMSFs.

“We welcome this in-depth research as it genuinely addresses the engagement and confidence of women in their investments and superannuation savings throughout their lifecycle,” said SMSFA CEO Andrea Slattery.

Men were also much more likely to have initiated the set up of their SMSF, 77% compared to 33% for women.

The research found, in SMSFs with multiple members, men were “significantly more likely… to be the sole main decision maker for their SMSF,” – 65% for men and 28% for women. This is despite, except in limited circumstances, all SMSF members required to be trustees or directors of the corporate trustee.

Marcus Evans, Head of SMSF Customers for Commonwealth Bank, said the research showed “there is still a real gender divide for trustees when it comes to confidence and knowledge.”

“Given that women account for nearly half of all SMSF members, more must be done to better support and empower female trustees. This is also true when it comes to funds with joint-trustees, with major life events such as a divorce leaving many female trustees without the confidence to manage what is many individuals biggest investment,” he said.

The research report was based on a survey of 801 SMSF trustees and 535 individuals without an SMSF.

The Senate committee conducting an inquiry into economic security for women in retirement has also recently released an issues paper.