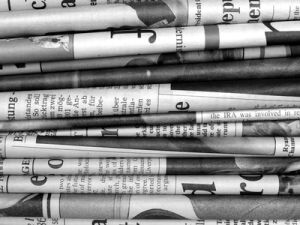 The Royal Commission into Trade Union Governance and Corruption may recommend changes to the super choice rules.

The Counsel Assisting Submissions to the Royal Commission include a recommendation that super choice should be extended to employees covered by collective and enterprise agreements.

Under the current super choice rules many employees may choose which fund receives their employer superannuation contributions. However this choice can be overridden.

Section 32C(6) Superannuation Guarantee (Administration) Act 1992 says that an employer contribution meets the super choice rules if it is made in accordance with:

(d) a collective agreement; or…

According to the submission these provisions deny employees “genuine freedom of choice”. One proposal that may become a recommendation of the royal commission is to remove subsections (d) and (h) from section 32C.

These submissions also highlight the example of one employee of Toll Holdings Limited who found he was unable to choose which super fund received his superannuation guarantee contributions. Instead his contributions went to TWUSUPER.

TWUSUPER was formed by the Transport Workers Union of Australia, who also negotiated the agreement setting TWUSUPER as the default fund.

The employee attempted to make a choice of which fund received his super contributions, including trying to become part of the agreement bargaining processes, but was “effectively shut out of the bargaining process and was unable to exercise a right to nominate a superannuation fund of his choosing.”

The Royal Commission is scheduled to give an interim report on December 15th, with the commission running until December 2015.