This is a submission to the recent Treasury department consultation process on reforming the excess non-concessional contributions tax.

1.0 Use of the General Interest Charge for calculating associated earnings

The General Interest Charge (GIC) is not an appropriate rate to calculate associated earnings for superannuation funds.

While I encourage the use of a published rate to simplify the calculation of associated earnings, the GIC rate is often significantly higher than the investment returns of superannuation funds. According to APRAs most recently published statistics the average rate of return for APRA-regulated super funds in the period 2004-2013 was 6.36%1. This compares to an average rate of 12.18% for the GIC, over the same period2. 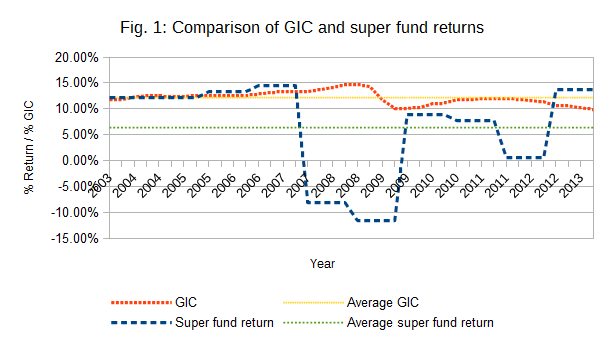 Though there is the option for the Minister to set the associated earnings rate, this does not justify using a high rate, such as the GIC, as the default. 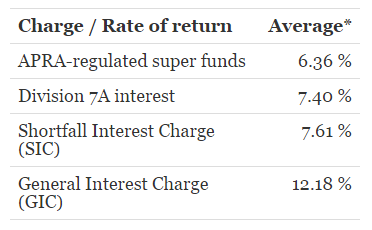 2.0 Potential for tax advantages to be gained under the new rules

The exposure draft, if legislated, creates an opportunity for some to obtain a tax advantage by making excess non-concessional contributions, with the aim of adjusting the tax components of their superannuation interests.

This is created by the ability to choose from which superannuation interest to make the withdrawal, including a superannuation interest which didn’t receive excess contributions. Though the rules require the withdrawal to come from the tax-free component first, as this is on a per-interest basis there remains an ability to alter the tax components. 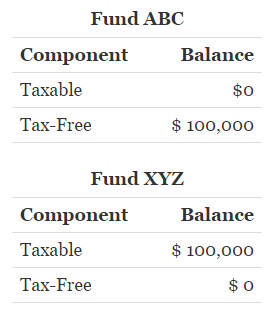 The member later elects to withdraw the $100,000 from Fund XYZ, under the new rules. The superannuation interests would now be: 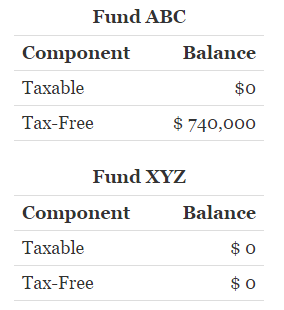 The member has maximised their non-concessional contributions to superannuation and at the same time changed the tax components of their existing superannuation balance. An amount of tax would be paid on the associated earnings, however tax would also have been paid on income earned by this amount if it had not been contributed to super.

Though the Commissioner may issue a release authority to a super fund not included in the election, this appears to be for situations where a taxpayer has neglected to included a super fund. It is unclear on what basis the Commissioner will determine which fund is to receive the release authority. It does appear that people will have wide discretion to choose from which fund to withdraw the excess contribution and associated earnings.

Use of this strategy would only be open to those with significant amounts of money to contribute to superannuation. Though similarities may be drawn with re-contribution strategies, these either decrease the low-rate cap or use the tax concession for superannuation withdrawn after age 60, which is open to all who meet the conditions.

However, this is not an argument for super funds, or the ATO, to be required to take account of tax components across different superannuation interests.

3.0 SMSFs and the time allowed to respond to a release authority

I am also concerned that SMSFs may not be in a position to adequately respond to the release authority within the 7 days allowed.

Before an SMSF can pay the amount set out in the release authority the trustees of the fund need to know the value of the member balance. However many SMSFs only prepare accounts on an annual basis, and so would not have accurate calculations available of the current member balance. 7 days from the date of issue of the release authority leaves SMSF trustees little time to contact their SMSF professional or administrator and arrange for a calculation of the member balances.

Though SMSF trustees may use the time from the issue of the determination to prepare for the release authority, this figure would need to be adjusted for recent transactions and market values. A longer time period would therefore be appropriate.

This is a submission to the treasury department consultation reforming the superannuation excess non-concessional contributions tax by SolePurposeTest writer Luke Smith, it has be published here with permission, he retains all copyright.