Spike in LRBAs a result of ATO change to statistics

Changes to how the ATO reports statistics for SMSF Limited Recourse Borrowing Arrangements has resulted in a dramatic increase in the 2013/14 figures. However this really reflects a underlying trend, instead of a actual spike in LRBAs.

These statistics are contained in the ATO Self-managed super fund statistical report – June 2014, which includes details of the June 2014 quarter, along with new details of the 2012/13 financial year.

Changes to reporting of LRBAs

In the June 2014 statistics the ATO has made changes to the reporting of Limited Recourse Borrowing Arrangements (LRBAs), resulting in the marked jump as seen in the graph below. This means that the statistics going forward will be more reliable, but longer term comparisons are not accurate. The changes resulted in a revision to earlier figures, raising the LRBAs from “$2.6 billion in 2013 to $8.3 billion,” according to the ATO. 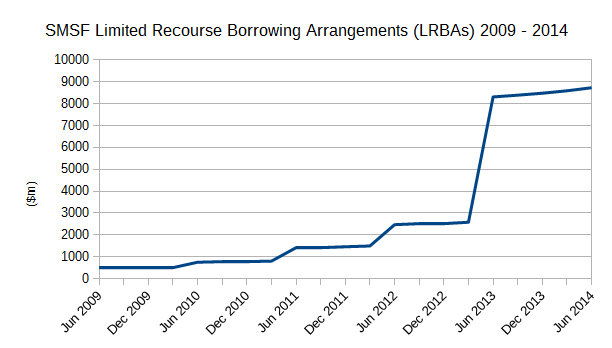 In notes explaining the statistics the ATO said:

“The updated estimate of LRBA assets is in part due to the real growth of LRBAs over the 2012-13 financial year but largely due the ATO’s improved approach to collecting LRBA data and changed labels on the SMSF annual return. This new approach means it is difficult to accurately report the growth of LRBAs over the past year. However, it will provide a more accurate point from which to determine growth in the future.

This change at least partially contributed to the drop in reported property holdings by SMSFs at the beginning of 2013/14. However there is still growth in SMSF property investment, particularly non-residential property. 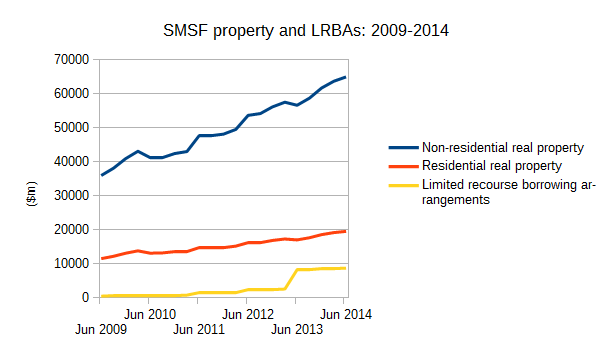 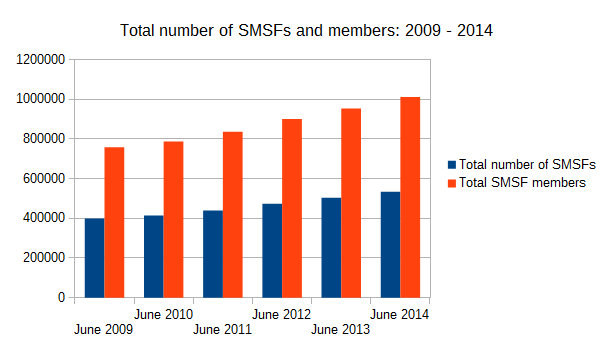 The trend of declining establishments from the March 2013 statistics appears to be slowly reversing, though wind-ups are also increasing. 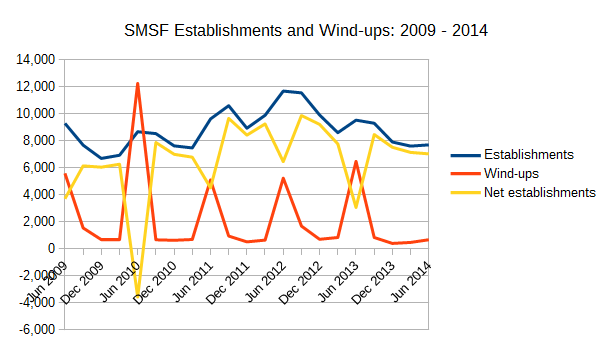 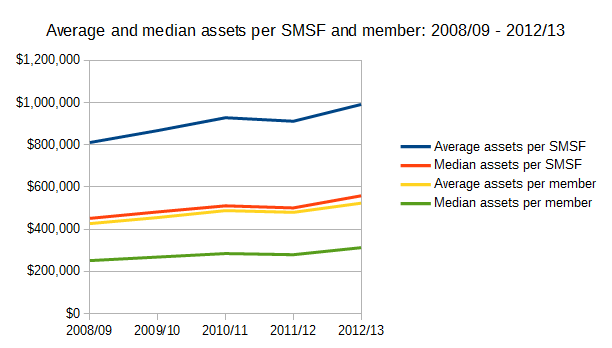 For some time the reporting of ‘collectables and personal use assets’ has shown an odd pattern. There has been a slight recovery from the low point in June 2013, however this may change once more 2014 SMSF annual returns are lodged. 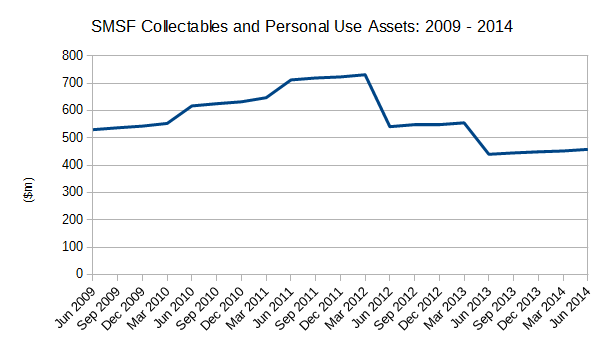 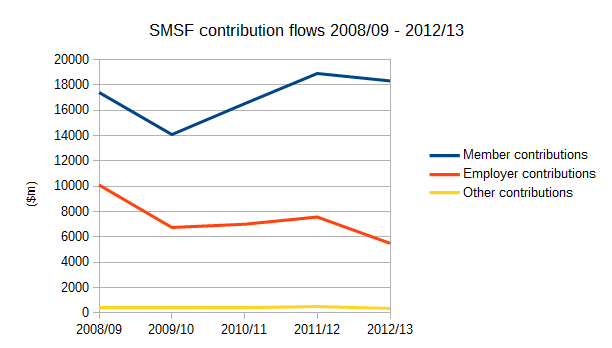 The next set of ATO SMSF statistics is scheduled to be released in December 2014.